To celebrate the release of Sleeping Dogs – available on Blu-ray 16th April from Arrow Academy – we have a copy to giveaway!

Sleeping Dogs is a tour de force action thriller that launched the Hollywood careers of both its director Roger Donaldson (Cocktail, Species, Dante’s Peak) and lead actor Sam Neill (Jurassic Park, Thor: Ragnarok, TV’s Peaky Blinders). It manages to be both nail-bitingly tense and a chilling view of New Zealand as a dictatorship and, as such, it resonated with audiences on a worldwide scale.

Tightly scripted, full of tension and packed with the kind of action you simply wouldn’t expect from such a low budget production, Sleeping Dogs is a masterpiece of the action thriller genre. Sam Neill’s excellent performance as a recluse who’s unwittingly drawn into a civil war situation is, meanwhile, is a perfect example of the everyman sucked into events beyond his control. It really is a must-watch whether you’re a fan of New Zealand cinema or simply a lover of action thrillers. 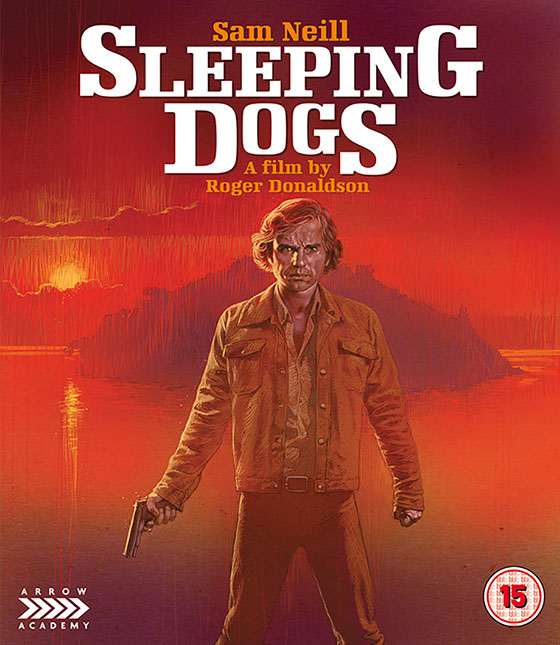 To win a copy of Sleeping Dogs on Blu-ray, just answer the following question:

Sleeping Dogs is also the name of a videogame but who voices the main character in that game? Is it:
a) Will Yun Lee
b) Daniel Dae Kim
c) Donnie Yen