This hilarious picture book puts a twist on the traditional rhyme – and now we have ten copies to give away. 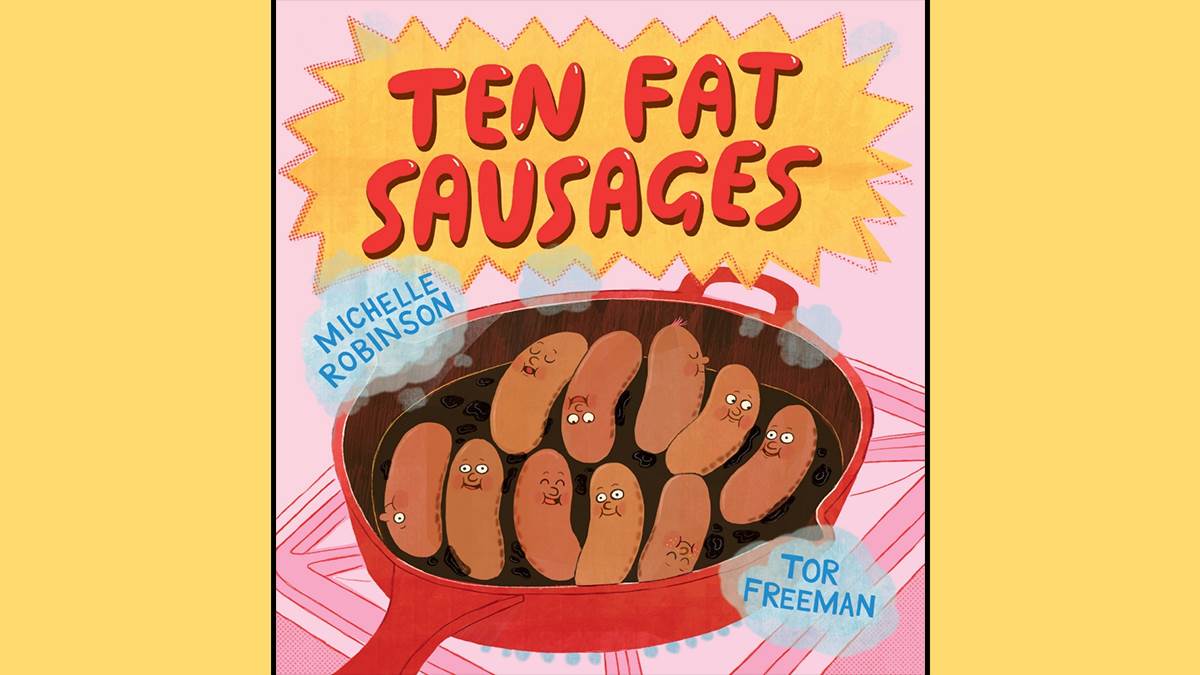 You might think you know the famous counting rhyme Ten Fat Sausages – but Michelle Robinson and Tor Freeman have put a raucous twist on it that you just won’t be able to resist.

Their brilliant picture book imagines what would happen if those brave bangers made a bid for freedom – they might make it out of the pan, but will they get more than they bargained for?

After all, the hob-hoppers will have to face all sorts of dangers, from a ruthless ceiling fan to a powerful blender. Gulp.

You’ve never read a counting book quite like this one, which is why we’re thrilled to have ten copies to give away! (Any other number would have felt wrong, quite frankly.)

To be in with a chance of winning one, just answer the question below and leave your details before the closing date of 11pm on Monday, 21 May. Now, if you’ll excuse us, we’re feeling a bit peckish…