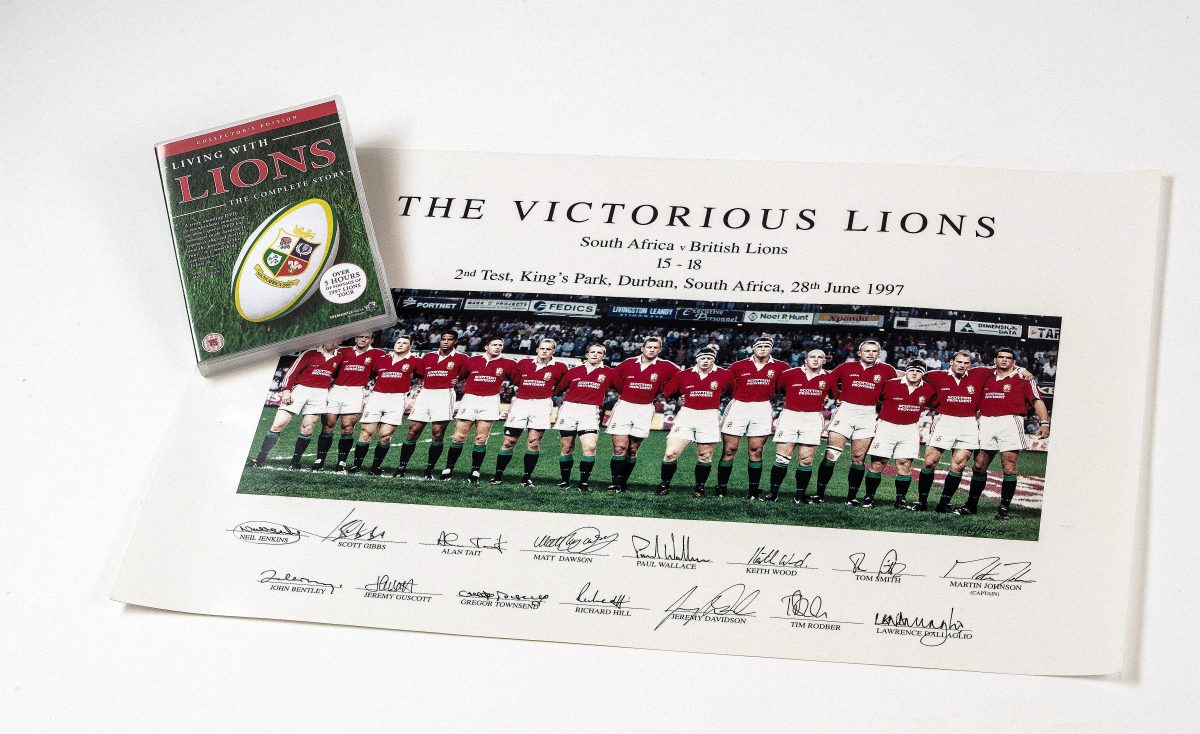 The British & Irish Lions travelled to South Africa, the home of the Rugby World Cup Champions in the summer of 1997.

The Tour will always be remembered as one of the best in recent memory. The Lions claimed a famous series win, with victory sealed by a legendary Jeremy Guscott drop goal in the second Test.

To celebrate, we have an incredible competition prize: an official wet print photo signed by the 1997 team (2nd Test / Durban) and a copy of Living With Lions, the amazing record of the 1997 Tour that showcases the drama on- and off-the-field and tells the story of the bond between players, management, backroom team and fans.

Enter for your chance to win, and best of luck!

By registering I confirm that I have read the privacy information provided by The British & Irish Lions (version 30 June 2017) and consent to information about me being used as set out in the privacy policy.